When we added a new category to our blog, Traveling Titas & Co. we intended to get like minded people from our circle of friends to write about their travel experiences. This entry is from a like minded individual, who happens to be my 18 year old son. He was cool enough to oblige and  do a Q&A for the Titas!

With numerous stamps on his passport, he has grown up to be an intrepid traveler who chooses to go off the beaten path and in turn has brought us to places we would have otherwise never experienced.

He also has his own travel blog called Far and Away. Do check it out.

Q: What are your top 3 cities?

Paris, the capital of France is one of the world’s most well known and loved cities and a must whenever in Europe. It is a mix of everything including art, architecture, cuisine, and even for just walking around. Everywhere you look in Paris there is a sight to see. Well known landmarks such as the Eiffel Tower, Champs Elysees, the Louvre, Notre Dame, Montmartre and the River Seine have great significance in history. Aside from its well-known landmarks, the city has several hidden districts and areas such as the Marais and Canal St. Martin, both of which are worth exploring.

For a more medieval look and feel, Prague, the capital of Czech Republic is the right city to experience. Unlike Paris or London, Prague is a much smaller city. It was of great historical significance, once being the seat of the Holy Roman Empire before it was moved to Vienna. Prague is simple to explore and full of stunning buildings of Gothic architecture in almost every corner. Czech cuisine is a must try, though it may be very heavy to eat. Czech Republic is best known for its beer.

Rome, the Eternal City is one place full of surprises as well as history everywhere from all ages, Roman, Medieval, Renaissance. It is where Baroque churches stand side by side with ancient Roman ruins and sometimes they are even built on top of one another. The city center of Rome is perfect for walking but the ground is uneven, so be careful Traveling Titas. It can also be very tiring because the city is full of hills such as the Capitoline, Aventine, and Janiculum. It’s worth the walk though because these hills offer fantastic views of the city. When it comes to relaxing and excellent Italian cuisine, Rome with its small streets and quaint cafes is the right place to be.

Q:  Why do you go for destinations off the beaten path?

A:  I am more fascinated with a city’s lesser known attractions. This is what I blog about. These areas have less tourists making it less crowded, but offer an equal if not better experience compared to the major attractions. What I also like about these places is that they are more mysterious and often have more history to them. These include smaller churches in Rome, less popular neighbourhoods in Paris, and out of the way landmarks sometimes located in the outskirts.

Q: What are some of the places you have been to that are off the beaten path?

Mont St. Victoire is a single limestone mountain in the countryside right outside Aix-en-Provence. It is a quick 15-minute bus ride from Aix to the foot of the mountain. When you get off the bus, you immediately get a good view of the imposing mountain. This is where the hiking trail starts. Be careful, as there may be snakes and foxes around! It’s an enjoyable nature trip and a different side of Aix-en-Provence. Mont St. Victoire is famous for being painted in all seasons and from all angles by the famous impressionist, Paul Cezanne. The mountain was his muse of sorts.

Paintings of the mountain by Paul Cezanne. 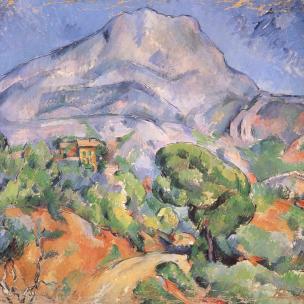 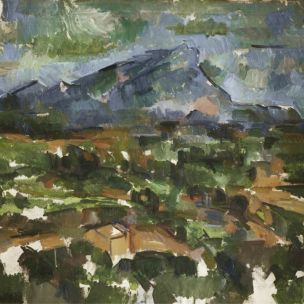 It is a medieval Byzantine Greek Orthodox church. Famous for its stunning ceiling frescoes as well as its mosaics from the late 14th century, it is one of the last great sites of Byzantine art. Getting to Chora from the city center is not very simple and takes some determination. It takes 2 tram rides, 1 long and one short from the city center to the western walls. From the tram stop it is a bit of a walk to the church itself. 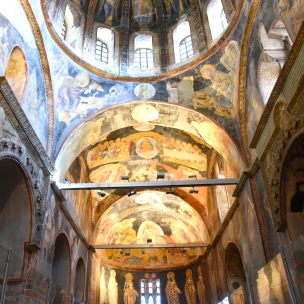 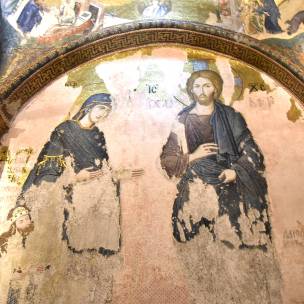 Like the Church of Chora in Istanbul, the Basilica of St. Denis is an out of the way attraction in Paris located in the northern suburb of St. Denis. Getting here by metro is not very easy and some locals would say, not too safe. It takes 2 long metro rides away from Paris. However, it is an excellent work of medieval Gothic architecture with its impressive vaulted ceilings. The inside of the church is cold and dark and yes a bit creepy but it is where almost all the Kings and Queens of France are buried, such as Louis XIV, Henri IV, Marie de Medici and even the infamous Marie Antoinette! 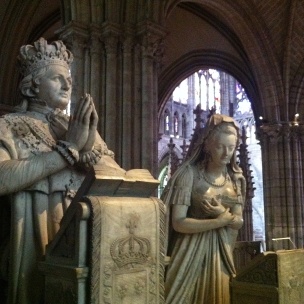 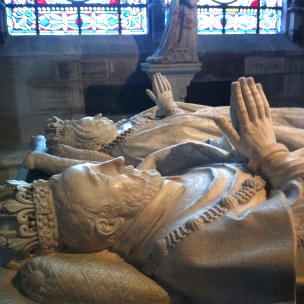 Mr. M. Sasek and the books that started it all… 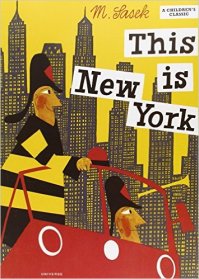 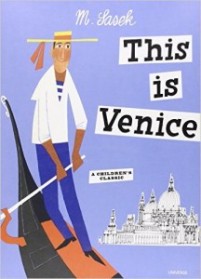 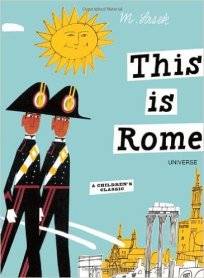 One thought on “Q&A OFF THE BEATEN PATH”