The city that was almost obliterated in WW2 is now a City of Peace.

For many weeks after coming back from Hiroshima, I would stop in the middle of the day and remember little things about the trip. I couldn’t shake off the autumn leaves, the nip in the air and the many food discoveries we had made while filming our FoodPrints Chugoku Region Special for Lifestyle Network. Just like the place, food in Hiroshima was completely new to me. 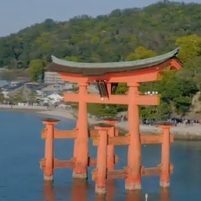 Miyajima Island is about 40 minutes by car from Hiroshima City. Here you can find Japan’s famous vermillion Tori Gate. You can also find Momiji Manju, a maple leaf shaped pancake that takes its name from momiji or maple leaf. Maple trees grow abundantly in this part of Japan. Goto Seika, a 93 year old confectionary specializing in Momiji Manju has both a sweet bean paste variety that’s creamy with just the right amount of sweetness and a deep fried curry variety that’s spicy and crunchy like tonkatsu. Cooked on site it is delicious especially when eaten hot.

Hiroshima Oysters are known worldwide for their taste, texture and size. The cold months from October to March are when the oysters are at its most succulent. When the water temperature is at its lowest, oysters store glycogen in them which makes them very tasty. Shimada Suisan, a family run business dating back 300 years is a good place to sample Hiroshima oysters. There’s no complicated procedure needed for preparing oysters. Oysters are farmed close to this dock and are simply cleaned, put in buckets and served to customers who grill them right on their tables. I was completely unprepared for the perfectly firm, perfectly briny goodness in each shell. Eaten as is or with a drop of Ponzu. Unbelievable! If the oysters are unbeatable, so is the price. Eat all you can oysters for 1 hour for Y2300 or about P1000!  I promise to come back! 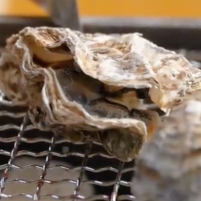 Okonomiyaki, a Japanese style savoury pancake is Hiroshima soul food. Locals are very attached to this dish because it saw Hiroshima residents through the dark days after WWII when food was scarce. They would put bits and pieces of food together and this is what became known as Okonomiyaki. The modern day version puts together a variety of ingredients. Hiroshima style Okonomiyaki has noodles, lots of shredded cabbage, dried squid, egg, green onions and even bacon and cheese. Although there is no one recipe for Okonomiyaki, the spirit behind the dish remains. There are loads of Okonomiyaki restaurants in Hiroshima. We ate at Okonomiyaki Koshida.

Spicy soupless noodles or Tantanmen is fast becoming a Hiroshima favourite. Tantanmen is made with a sesame paste base, chili peppers and lots of garlic. It’s amazing to watch the chef prepare an order of Tantanmen. It all happens very quickly with precise movements. It begins with a heated bowl. Chili oil is added followed by a sesame sauce and some chicken stock. They use a salt free noodle which is submerged in boiling water for about 30 seconds. Water is drained and then the noodles are placed into the heated bowl. Minced pork is added and a generous amount of chopped green onion finishes the dish. Mix everything together and enjoy because it is very, very good. It is creamy, spicy and bursting with sesame flavor. The level of spiciness is just perfect. For the more adventurous, they have a super spicy version called Death (photo above)! Eat at your own risk! Musashibo is a popular place to go for Tantanmen.

To get to Hiroshima from Manila we flew Philippine Airlines to Haneda (Tokyo) and Ana to Hiroshima.